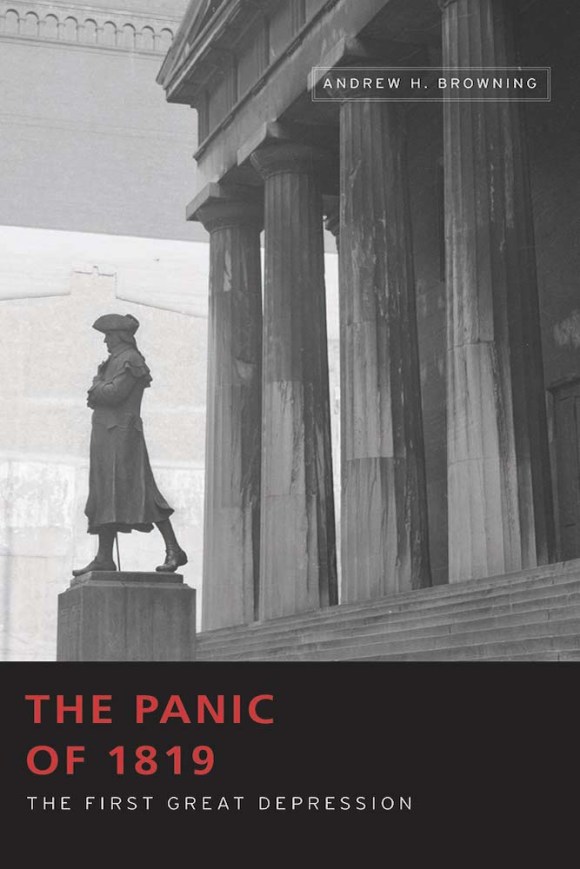 The Panic of 1819 has been reviewed by the Wall Street Journal!

A boom in lending was followed by a bust and hard times. The crisis inspired a new spirit of self-reliance and impressive economic debate.

The Second Bank of the United States was heavily criticized in the aftermath of the Panic of 1819. PHOTO: KEAN COLLECTION/GETTY IMAGES

Few will feel the urge to spray confetti in this year of the bicentennial of the 1819 panic. The wondrous thing, by Andrew Browning’s telling, is that the young country survived it. The title of Mr. Browning’s fine and formidable history only hints at its scope. “The Panic of 1819” is, in fact, a political, social and financial history of the U.S., before, during and after America’s first great depression.

If you have a subscription to the WSJ, you can continue reading here: