Today we present the final book in our 60% off series, but it is not the final day of the sale! These fantastic prices on all five books are good through December.

The finale of our 60th anniversary celebration features, Before The Big Bonanza: Dan De Quille’s Early Comstock Accounts, edited by Donnelyn Curtis and Lawrence I. Berkove.

“Extremely valuable to understanding the history of the American West, with insights into the early career of one of the region’s more remarkable writers.”— Ronald M. James, author of The Roar and the Silence: A History of Virginia City and the Comstock Lode 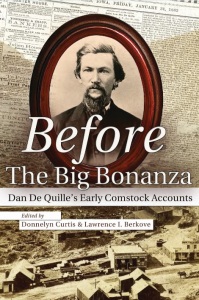 The discovery and mining of the Comstock Lode in Nevada forever changed the mining culture of the American West. Using the pen name Dan De Quille, in 1876 William Wright published The Big Bonanza, the best-known contemporary account of the Comstock Lode mines. Previously, however, in nearly fifty newspaper accounts from 1860 to 1863, De Quille had documented the development of the early Comstock with a frankness, abundance of detail, sense of immediacy, and excitement largely absent from his book. Donnelyn Curtis and Lawrence I. Berkove have gathered those accounts together in Before The Big Bonanza.

Before The Big Bonanza additionally supplies new and important biographical information about the travels of De Quille and his experiments in style that made him along with Mark Twain, Bret Harte, and Ambrose Bierce, one of the Old West’s four leading authors. Lawrence I. Berkove wrote in a previous blog. 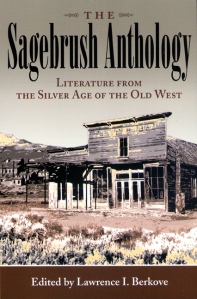 The Sagebrush Anthology, is a related recovery of another and perhaps more enduring feature of Comstock culture, the hitherto overlooked literary movement known as the Sagebrush School.  The high wages that prevailed on the Comstock attracted not only miners and investors but also some of the best journalistic and literary talent – including Mark Twain – in the United States. 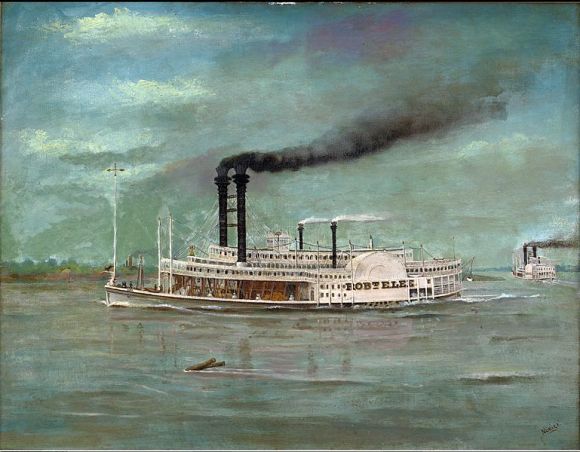 We are kicking off the fourth day of our 60th anniversary week, 60% off special with Working the Mississippi: Two Centuries of Life on the River by Bonnie Stepenoff, which “offers a marvelous take on the Middle-Mississippi Valley where readers become passengers witnessing the triumphs and failures of gamblers, seeing the ‘swagger’ of a pilot navigating dangerous bends and breaks, enjoying the music of a young Louis Armstrong, or experiencing the devastating consequences of living near the river.”—Arkansas Review 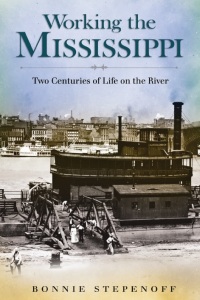 Bonnie Stepenoff takes readers on a cruise through history, showing how workers from St. Louis to Memphis changed the river and were in turn changed by it. Each chapter of this fast-moving narrative focuses on representative workers: captains and pilots, gamblers and musicians, cooks and craftsmen. Readers will find workers who are themselves part of the country’s mythology from Mark Twain and anti-slavery crusader William Wells Brown to musicians Fate Marable and Louis Armstrong.

“The greatest value of Stepenoff’s book: she invites the readers to look more closely at subjects they may have a passing familiarity with, and, by doing so, to see connections to ideas and things that they had not thought of as associated with the Mississippi River at all.”—The Annals of Iowa

“Bonnie Stepenoff’s account of life along the middle Mississippi in the nineteenth and twentieth centuries examines the stream’s allure and its impact on those who traversed its waters and inhabited the cities and towns along its banks. Cognizant of the river’s connections to history and the patterns of daily living, Stepenoff writes about people and places she knows and understands.”—William E. Foley, author of The First Chouteaus: River Barons of Early St. Louis
“A thrilling literary tour along the Mississippi River as Bonnie Stepenoff’s evocative prose conjures scenes from the last two centuries.”—Gateway, the magazine of the Missouri History Museum
Bonnie Stepenoff grew up in the hills of northeastern Pennsylvania and eventually moved to Missouri, where she became a professor of history at Southeast Missouri State University. Now retired, she continues to write non-fiction and poetry. She has six books to her credit, including Working the Mississippi: Two Centuries of Life on the River (University of Missouri Press, 2015), The Dead End Kids of St. Louis: Homeless Boys and the People who Tried to Save Them (University of Missouri Press, 2010), Big Spring Autumn (Truman State University Press, 2008), From French Community to Missouri Town: Ste. Genevieve in the Nineteenth Century (University of Missouri Press, 2006), Thad Snow: A Life of Social Reform in Southeast Missouri (University of Missouri Press, 2003), and Their Fathers’ Daughters: Silk Mill Workers in Northeastern Pennsylvania (Susquehanna University Press, 1999). Her articles, essays, and poetry have appeared in many anthologies and journals, including the Sherlock Holmes Journal (2016), Missouri Law and the American Conscience (2016), Red Moon Anthology (2009 and 2016), Yonder Mountain: An Ozarks Anthology (2013), Cultural Landscapes (2008), Mining Women (2006), The Other Missouri History (2004), Rebellious Families (2002), Labor History, Labor’s Heritage, New York History, Pennsylvania History, Missouri Historical Review, Gateway, Missouri Conservationist, Missouri Life, Modern Haiku, Frogpond, and The Heron’s Nest. She lives in Cape Girardeau, Missouri.