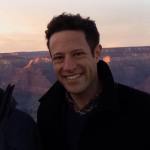 Andrew Porwancher is an Assistant Professor at the Institute for the American Constitutional Heritage at the University of Oklahoma.  This piece has been adapted from his book, John Henry Wigmore and the Rules of Evidence: The Hidden Origins of Modern Law (University of Missouri Press, 2016).

As academics, we inhabit a world of two conflicting truths.  The first truth is that, even in fields as seemingly solitary as the humanities, we can only produce our best work with the help of others.  Hardly islands unto ourselves, we exist in networks of colleagues, editors, and mentors.  To be sure, all of us labor independently, but we rely on others who recognize the value of those our labors, refine our scholarship, and promote our work.  Among the most vital networks from which we benefit comprises those researchers who came before us, who fertilized the terrain for the growth of our own ideas.

This truth that networks matter sits uncomfortably alongside another truth—the incentive structure of academia calls on us to distance ourselves from other scholars.  To advance in our fields, we must create scholarship that is deemed original.  We must be explicit about how we diverge from our predecessors.  Too often, this premium on novelty encourages us to downplay intellectual debts and overstate the ingenuity of our own ideas.

What are we to make of this conflict? How are we to reconcile these truths? Can we harmonize this premium on novelty with the reality that we are deeply indebted to networks of intellectual patronage? The story of John Henry Wigmore offers unique answers to these questions.

Wigmore was the legendary dean of Northwestern Law whose exhaustive treatise on evidence law came to dominate the practice of jury trials after its publication in 1904.  This treatise reflected Wigmore’s predisposition to acknowledge rather than efface intellectual debts.  Perhaps as a result of his own deteriorating relationship with his parents, Wigmore saw in older jurists not targets but father figures. That is not to say that Wigmore never critiqued seasoned judges and scholars.  But to a greater extent than his peers, he built his career by cultivating—not caricaturing—his elders.  Wigmore was an exceptionally cerebral person who fulfilled his longing for human companionship by finding intellectual common ground with others, both older and younger, both mentors and protégés.

Praise for John Henry Wigmore and the Rules of Evidence:

“[It] will become the standard work on the subject, and more than that, will contribute to emerging clarity in the field of early twentieth-century legal ideas more broadly.”—Noah Feldman, Professor of Law, Harvard Law School, author of Cool War: The Future of Global Competition

“It evidences a close reading of Wigmore’s work and extensive work in the archives at Harvard and Northwestern, bringing to light a good deal of new material on the connections among important figures in ‘legal modernism.’”—Robert P. Burns, Professor of Law, Northwestern University School of Law, author of Kafka’s Law: The Trial and American Criminal Justice 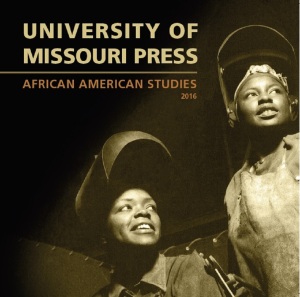