Women’s History Month specials continue with more stories of extraordinary women who carved out lives in restrictive circumstances. Use code WHM16 on our website or call 800-621-2736 to take advantage of these savings.
Sophia Peabody Hawthorne by Patricia Dunlavy Valenti: both volumes for $50.00 (regularly $39.95 each) 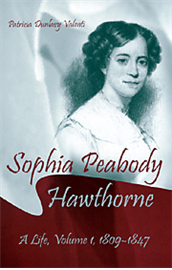 With the publication of both volumes of Sophia Peabody Hawthorne, the famous artist and writer emerges forever from the shadow cast by her husband, Nathaniel Hawthorne. An independent, talented, and resourceful woman, Sophia was a successful artist before her marriage and what she b

rought to their union inspired Nathaniel’s imagination beyond the limits of his previously confined existence. In these two volumes, Valenti situates the story of Sophia’s life within its own historical, philosophical, and cultural background, as well as within the context of her marriage. An engrossing story of a nineteenth-century American life, it analyzes influences upon authorship and questions the boundaries of intellectual property in the domestic sphere. It also offers fresh interpretations of Nathaniel Hawthorne’s fiction, examining it through the lens of Sophia’s vibrant personality and diverse interests.

The Essence of Liberty: Free Black Women During the Slave Era by Wilma King: paperback for $19.95 (regularly $30.00)

Blending social, political, and economic history, Wilma King analyzes black women’s experience in both the North and the South, from the colonial period through emancipation. Drawing on a wealth of untapped primary sources—legal documents and newspapers, diaries and letters, and autobiographical writings of free women—King opens a window on the world of black women. She examines how they became free, educated themselves, found jobs, and developed social consciousness, including participating in the abolitionist movement. Throughout this engaging history, King underscores the pernicious constraints that racism placed on the lives of free blacks in spite of the fact that they were not enslaved, revealing that the essence of freedom is more complex than the mere absence of shackles.
Now available in paperback and only $19.95, Laura Ingalls Wilder and Rose Wilder Lane: Authorship, Place, Time, and Culture by John E. Miller 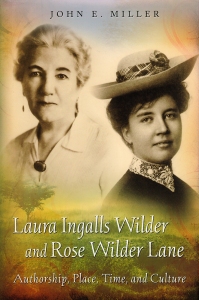 The mother-daughter partnership that produced the Little House books has fascinated scholars and readers alike. Here, John E. Miller combines analyses of both women to explore this collaboration and shows how their books reflect each author’s distinctive views of place, time, and culture. Along the way, he addresses the two most controversial issues for Wilder/Lane aficionados: how much did Lane contribute to the writing of the Little House books, and what was Wilder’s real attitude toward American Indians. These nine thoughtful essays expand the critical discussion on Wilder and Lane beyond the Little House stories, revealing Wilder and Lane to be impassioned and dedicated writers who were deeply involved in the historical changes and political challenges of their times.
Also out in paperback is Captive of the Labyrinth: Sarah L. Winchester, Heiress to the Rifle Fortune by Mary Jo Ignoffo, $24.95

In the first full-length biography of Sarah Winchester, author and historian Mary Jo Ignoffo unearths the truth about this notorious eccentric, revealing that she was not a maddened spiritualist driven by remorse but an intelligent, articulate woman who sought to protect her private life amid the chaos of her public existence. The author takes readers through Winchester’s several homes, explores her private life, and, by excerpting from personal correspondence, gives the heiress a voice for the first time since her death. Ignoffo’s research reveals that Winchester’s true financial priority was not dissipating her fortune on the mansion in San José but investing it for a philanthropic legacy.